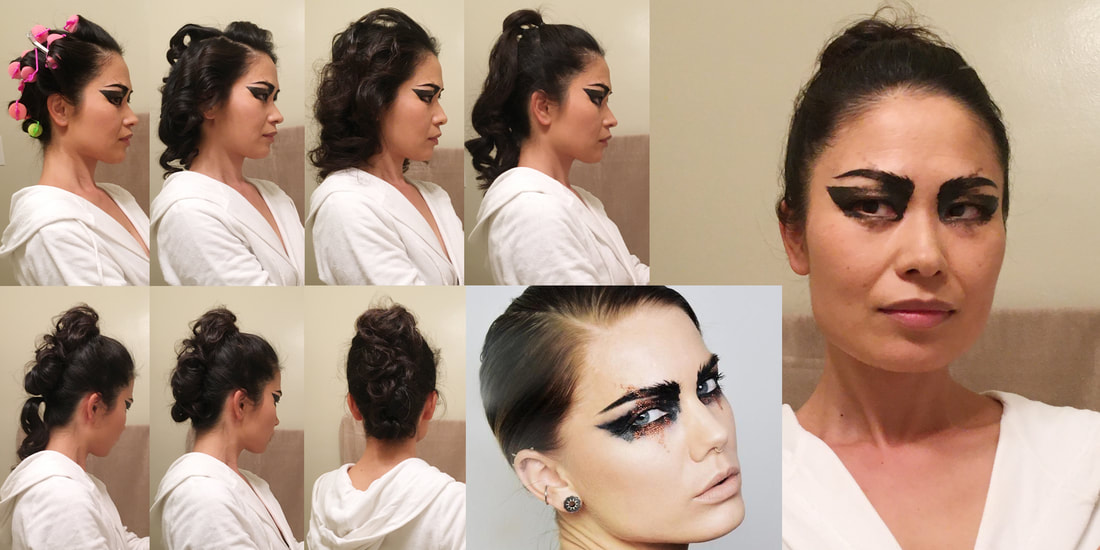 ​The Petersen Automotive Museum, where cars from films like Transformers, Back to the Future, Blade Runner, and Mad Max are on display. Post-apocalyptic I decided will be my look this year, but I was so late, it almost became a post-party look. Five hours on makeup and hair with breaks in between for a quick pizza meal and hand rest. Always took longer than I anticipated and that’s not counting costume prep time. 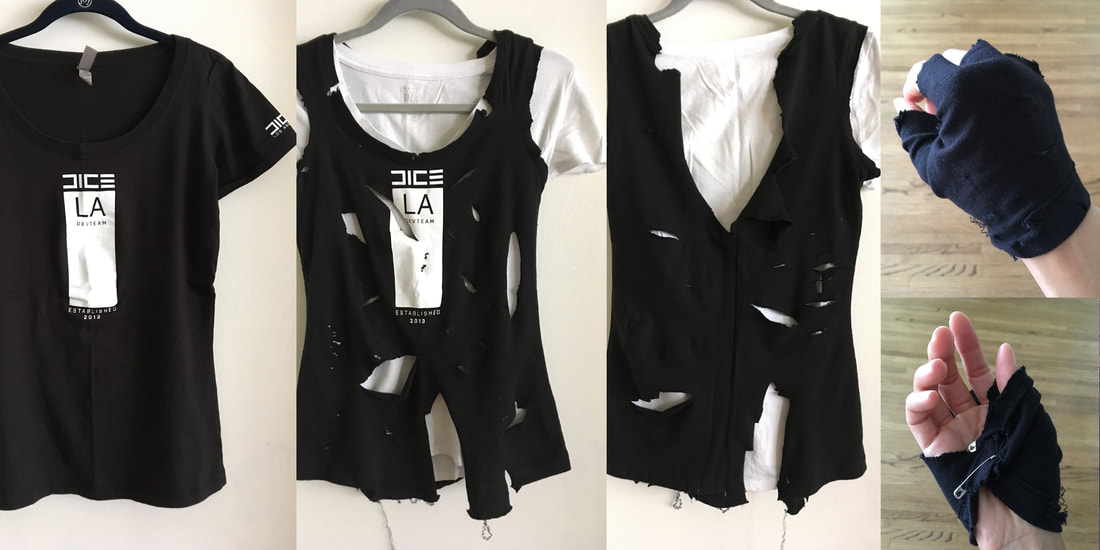 Project Rip: the only way to represent. Zombie shirt creation video I watched and a serrated knife I used to rip the company shirt and fray the edges. Sleeves I cut off to make gloves with safety pins. One whole night's work. I can't sew like my grandmothers, but to rip, I excel. The shirt was to go over a crinkled chiffon dress (H&M Conscious Exclusive.) The draped skirt, vertical ruffles, and high slit at front naturally dystopian. Clean dystopian - I couldn't bring myself to stain my shirt or dress.

​But I finally understood Angelina Jolie's right leg pose at the Oscars - to show off the dress! If we don’t stand like that, the opening won’t show. I too want you to know there is a fun/sexy slit in the design. 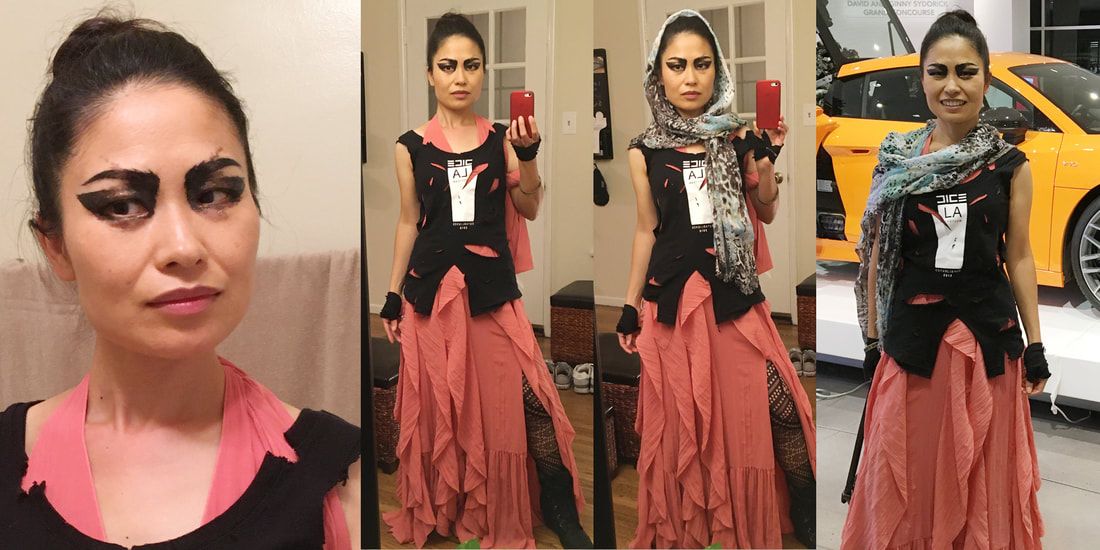 ​I thought by the end of my 5-hour endeavor, I would either look post-apocalyptic or like a panda. The fun selfies with Christian and Jannika proved I could be both at the same time. A post-apocalyptic anime panda. 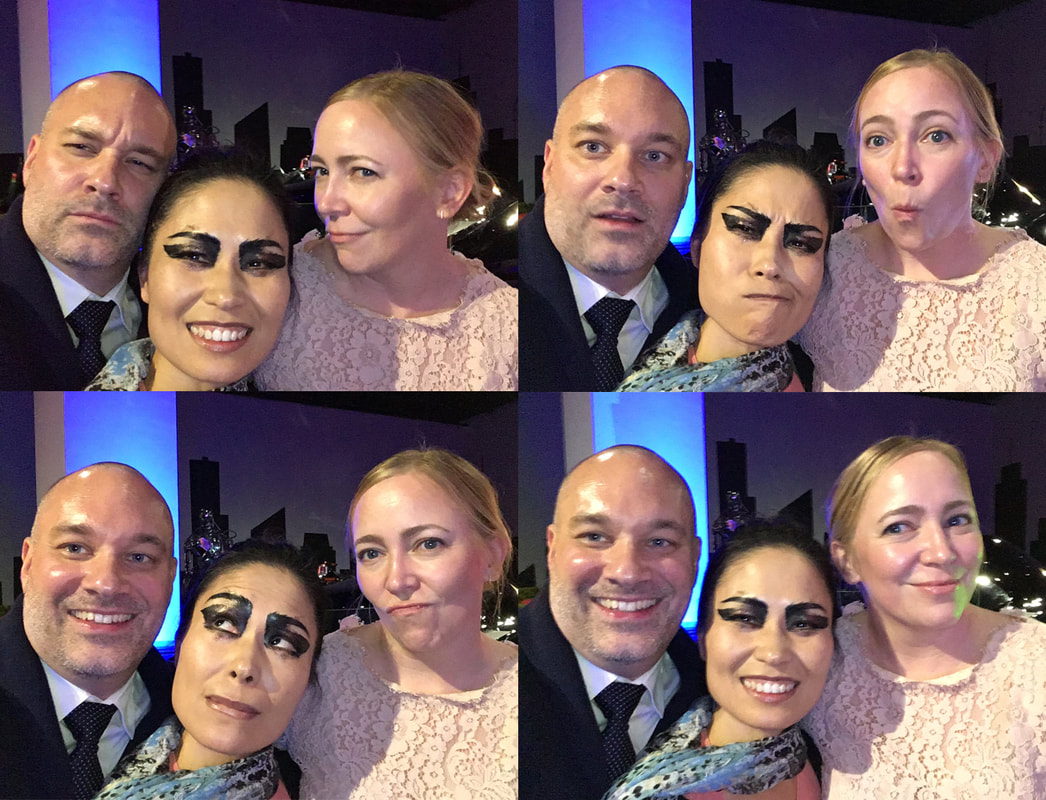 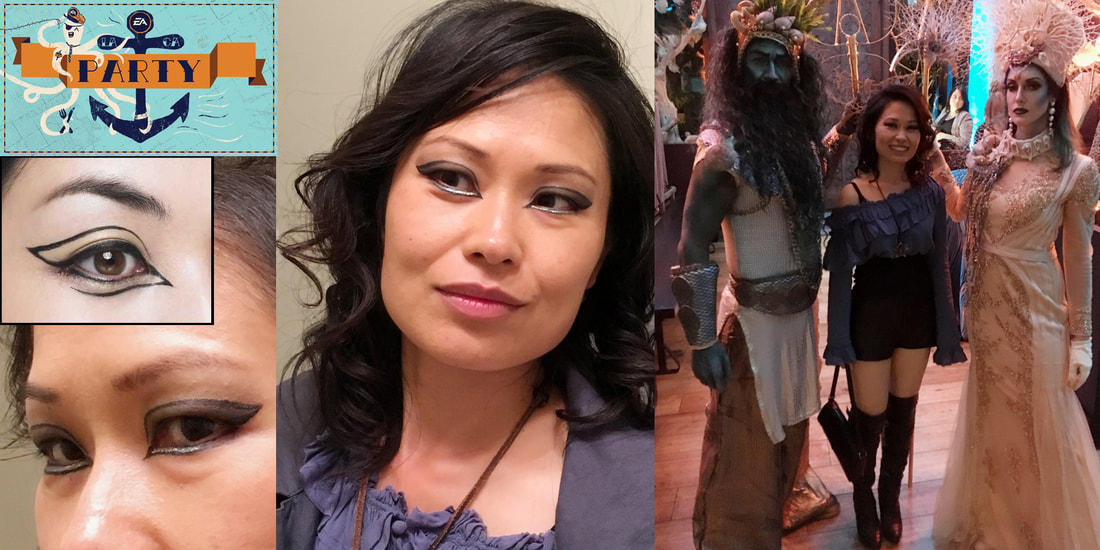 ​Herringbone Santa Monica is the destination. Pirate themed party was my interpretation from the RSVP invite. So ruffle shirt, curly hair, and pirate eyes... which would be whatever I chose to do. One eye makeup I've been wanting to try, looks simple but to make the lines align on both sides is no easy task. Took me an hour and half to do the eyes. Thank heavens party is only 2-3 times a year, otherwise who can devote this kind of time? 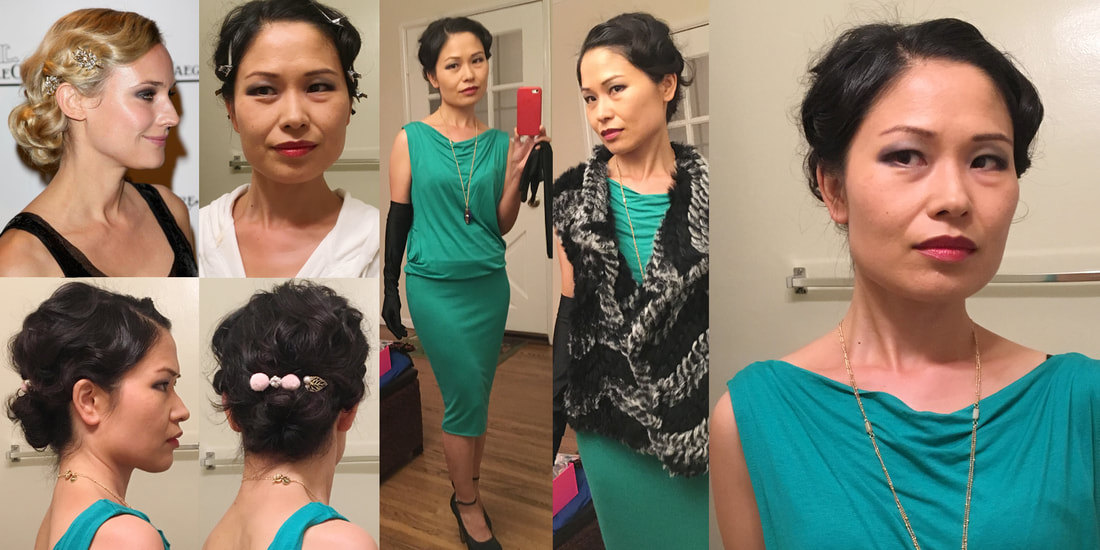 EA holiday party took place at the Nightingale Plaza in West Hollywood. The photographer once again fashionably late as she tried her hardest to follow the 1920's hair updo online tutorial. Brush out the curls and you’ll see waves form in place, so they say in the video. Lies. But giving up was not an option, I’ve spent too much time investigating the hair and makeup and consulting my stylist Mindy Lee. So I worked. And prayed.

With my fun colleagues.

And the return to normalcy the day after. Until the next Gatsby. 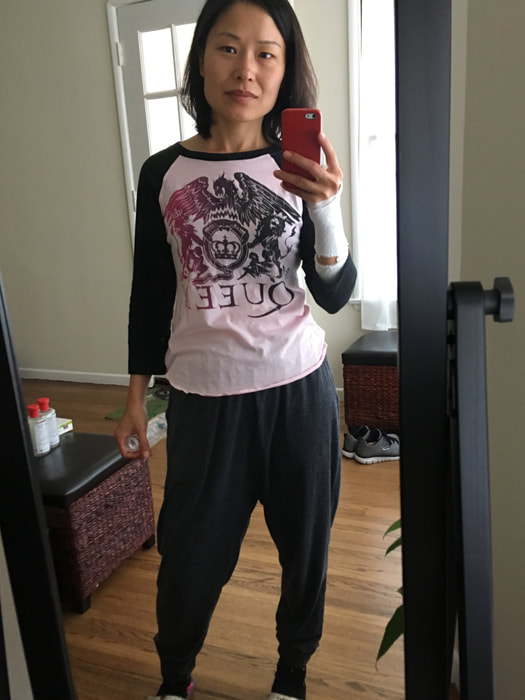 Three hours I slaved on the eye makeup (hand slipped = redo) only to find face paint artists available at the party. Below is the Shu Uemura art I found. Standing next to me at 1 Oak West Hollywood is one of our fantastic IT crew members Louie. 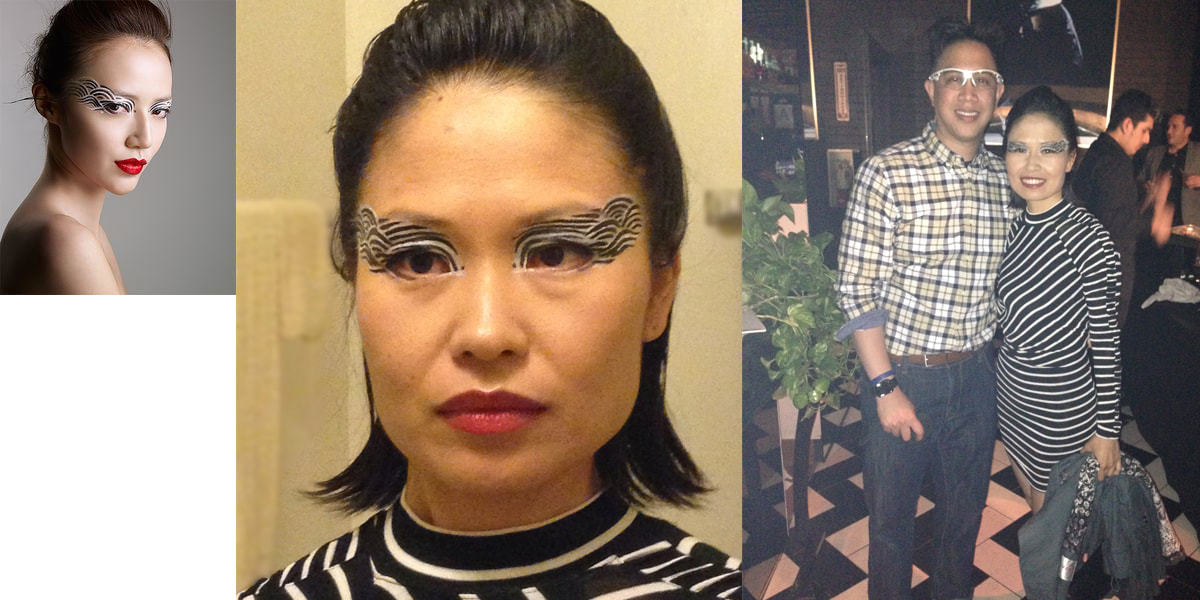